The Olympic Games in Paris don’t kick off until 2024, but gymnasts all across the country are gearing up in hopes of representing the U.S.A. at the 2022 OOFOS U.S. Gymnastics Championships, which is being held right here in Tampa this month!

From August 18-21, fans will have the opportunity to head to Amalie Arena to cheer on some of their favorite athletes from the 2020 Olympic Games, while getting to know a new generation of gymnastics hoping to compete in Paris. Nearly 150 athletes will be competing in the event, which will be broken up into men’s and women’s junior and senior divisions. Champions will be crowned based on combined two-day totals with the USA Gymnastics National Teams being named at the end of the event.

In conjunction with the event, the 2022 USA Gymnastics National Congress and Trade Show will also be held throughout the weekend at the Tampa Convention Center. Over 65 different vendors from the gymnastics community will be on hand. Guests can also hear from a lineup of live educational speakers.

Keep reading to find out who will be competing, where to watch, and how you can be part of the action!

Fun Fact: The event will also feature several competitors with ties to Florida! One current and three future Florida Gators will take the floor. Gators standout Wong, who is balancing collegiate and elite gymnastics, will compete against the top elite athletes in the country. Future Gators Blakely (whose sister Sloane currently competes for Florida), DiCello and Shilese Jones will also be competing.

Fans will have the opportunity to not only watch the athletes compete but will also have the chance to meet some of their favorite competitors, learn about the sport of gymnastics, and engage in activities. The FlipZone fan festival will take place on Thunder Alley just outside the arena ahead of the competition on Friday, Saturday, and Sunday. Fans can visit various stations to learn about the fundamentals of gymnastics and view live demonstrations. There will also be kid-friendly activities and food and beverage options available.

Current and former National Team members including Olympic all-around champion Suni Lee, Jordan Chiles, NCAA champion Trinity Thomas of Florida, Leanne Wong, and others will be onsite for autograph sessions throughout the weekend. Members of the University of Florida women’s gymnastics team will also be on hand to sign autographs from 4:30pm-6pm on Sunday.

“We are excited to bring our first national championships of the new Olympic cycle to Tampa,” USA Gymnastics Chief Programs Officer Stefanie Korepin said. “The sport’s landscape has seen a tremendous amount of change and opportunity over the last 12 months, and we are already less than two years away from the Paris Games. With returning Olympians, exciting breakout stars, and a bonus system in place to incentivize high difficulty in the men’s competition, this year’s OOFOS U.S. Gymnastics Championships will be more competitive than ever.”

Live and pre-taped recordings of the championship can be viewed on NBC, CNBC, FlipNow, and Peacock. Broadcast information and schedule can be found here.

Know Before You Go

Planning a family outing to a Bucs game? Here’s what you need to know before you go to the next game at Raymond James Stadium! Astronauts are heading back to the moon and soon Mars, thanks to the NASA’s Artemis Program. Here’s what you and your kids need to know. 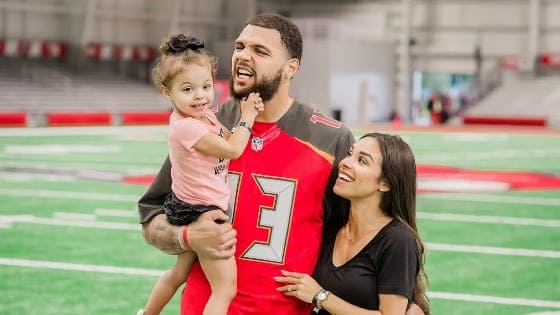 The Riverwalk takes center stage for pre-game events to get the community and our visitors a chance to step inside the Super Bowl Experience. We’re sharing the best summer programs offering outdoor and sports camps in Tampa Bay for kids of all ages.