Ahoy! On Saturday, January 28 from 11:30am-1pm, the world’s only fully rigged pirate ship, the Jose Gasparilla, will set sail from the south end of Hillsborough Bay to kick off Gasparilla Pirate Fest. Shouts of “Land, ho!” will ring out from the ship, once it magically appears, poised to invade and conquer Tampa (but in a friendly way, of course) during the Gasparilla Flotilla Invasion!

To defend itself, Tampanians will launch a defending flotilla of ships, boats and watercraft of all kinds to defend the city and stop the pirate invasion. You’ll see over a thousand boats and watercraft of every kind in the water along Hillsborough Bay as they prepare to meet the invading pirates. Upon docking the Jose Gasparilla at the Tampa Convention Center at 1pm, the Mayor will surrender the Key to the City of Tampa into the hands of Ye Mystic Krewe of Gasparilla’s Captain Peter Lackman.

So, what are the best spots for you to watch the pirates invade the city before they stroll down Bayshore? We’ve got all the details to know before you go.

Since the invasion docks at the Tampa Convention Center, it’s a great place to hang out and watch as the boats make their way down the Hillsborough. But plan on getting there early – between parking and walking to find a spot, you’ll need to give yourself time.

Davis Islands is a great spot to catch the flotilla. Though it can get packed, it won’t be nearly as crowded as downtown Tampa. Most areas along the sea wall will give you a great vantage point.

Standing along the Riverwalk is a great spot to watch the invasion said down the river. Just be prepared for crowds and road-closures.

Though you will most likely need to be a hotel guest to view the invasion from hotel areas, some may allow public viewing (be sure to check ahead of time). Hotels such as Tampa Marriott Water Street, Westin Tampa Waterside, and Embassy Suites Downtown Convention are all prime viewing spots.

Since the invasion makes its way into Harbor Island, you can catch a great view of the flotilla at spots such as American Social or Jackson’s Bistro.

This is the official Gasparilla brunch for 2023. Hosted inside the Tampa Convention Center, this brunch event provides a prime viewing area for families to watch the invasion.

Brunch begins at 10am and includes entertainment, a cash bar, and a reserved seat for the best view of the historic Gasparilla Invasion. The menu includes an array of items such as assorted baked goods, fruit and cheese display, salad, a hot buffet with french toast, egg, sausage, and bacon, a carving station, and assorted beverages. Tickets to brunch are $150 per person.

Don’t have a boat but want to be part of the flotilla? Hop aboard the Yacht StarShip to view the invasion from the largest vessel in the flotilla.

Perks include a full brunch buffet, two drink tickets, a reserved table, DJ entertainment on the top deck, and amazing up-close views of the Jose Gaspar Pirate Ship as it makes its way across the bay.

Don your best pirate garb and enjoy delicious food, open bar, live music, cigar rolling, raffle prizes, and a special play area for the kiddos. As an added benefit, event proceeds support Father of Mine, a local nonprofit that provides support for children growing up without a father.

Looking for an over-the-top way to celebrate Gasparilla? Join this epic 11-hour event which includes breakfast, lunch AND dinner.

The fun begins when you board at 8:30am to enjoy a continental breakfast, setting sail at 9am from St. Petersburg across Tampa Bay to join the pirate invasion. Next, enjoy lunch, then make your way to the bleachers where you’ll have reserved seating for the parade on land.

After the parade, reboard for the dinner cruise to end the night. Wine and cocktails are available to purchase onboard. Tickets are $275 per person.

Join The Junior League of Tampa Bay for their 21+ Gasparilla Invasion Party from 9am – 1pm at their Headquarters on Davis Island.

Tickets include food, drinks, live music and entertainment, and of course, viewing of the Gasparilla Invasion. Tickets are $120 per person.

Set sail with The Florida Aquarium with the Gasparilla pirate flotilla! Climb aboard their 72’ catamaran, the Bay Spirit II, as you travel across the waters of Hillsborough Bay to join the annual re-enactment of Tampa’s historic pirate invasion from 9:30 a.m. to 1:00 p.m.

This swashbuckling adventure is open to guests 21 years of age or older and includes an unlimited brunch, open bar, live DJ and spectacular views of the invasion. Tickets are $185 per person.

Although in years past, boaters have thrown beads to those on land, this year may look a bit different. Tampa Mayor, Jane Castor, and community organizers are relaunching “Bead Free Bay” as a way to help marine animals by keeping plastics out of the water. But don’t fret – you’ll have plenty of chances to catch some loot at the actual parade later that day!

Beads and other non-biodegradable items are incredibly harmful to our environment and pose serious threats to marine wildlife. They take a thousand years to break down into smaller pieces called microplastics, which never decompose. These microplastics remain persistent in the natural ecosystems for hundreds of years or longer.

Remember that throwing beads or any other items in the water is prohibited according to Florida Statute 403.413. 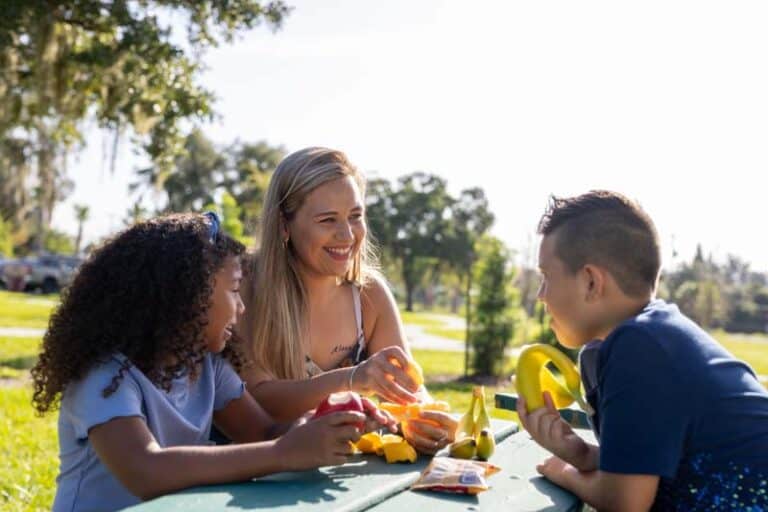